Tucked in a corner of the lesbian/gay/bisexual/transgender closet is a little-known group: straight women and men in heterosexual marriages whose husbands or wives come out as gay, lesbian, bisexual, or transgender after marrying them as “the right thing to do.” Finding the marriages too difficult to maintain due to their hidden sexual orientation or gender identity, they eventually say, “Honey, I’m gay,” or, “I need to become the woman or man I am,” or their mates discover signs of a same-sex lover or an opposite-gender wardrobe. Though some couples work out ways to stay together, most divorce, their children now in a broken family. As divorced LGBT partners begin to live their lives with integrity, their straight ex-partners are left in shock, their own identity, integrity, and belief system shattered. The spotlight on the disclosing partners, few outsiders think about their wives or husbands. “They’re straight! They’re normal. No problem.”

Lately, many people — of all orientations — say to me, “Oh, this doesn’t happen nearly as often now, right?” Wrong. While conditions are improving for same-sex relationships and transgender persons, these marriages still occur to meet heterosexist expectations, and LGBT spouses in them keep coming out. The Straight Spouse Network gets three to five calls for help daily from their wives and husbands, aged 20 to late 80s, all surprised to discover that they are not alone, having had their crisis overlooked by outsiders, including professionals. More importantly, the larger community remains unaware of this wider range of harm caused by anti-same-sex and pro-heterosexual marriage beliefs. Straight spouses are injured by the very anti-gay or anti-trans/pro-straight factors in our society that caused their mates to marry them — “collateral damage,” some say. Those in mixed-orientation marriages, like their partners, feel unfulfilled by the sexual mismatch, often blaming themselves and accommodating their partners’ wishes at the expense of their own. Those in trans/nontrans situations feel discomfort from the unknown “similarity” of gender. Once they know the truth, the vast majority divorce and must pick up the pieces of their fractured families to create a semblance of normalcy for their children. In addition, a number keep their ex-partners’ “secret,” wanting to avoid the latter’s rejection by community, workplace, or place of worship, and to protect their children from taunts. If their partners disclose publicly, they are rightfully praised for their courage, while their straight ex-spouses are forgotten. Keeping the secret or feeling discounted, straight spouses retreat into their own kind of closet, invisible. Some find peer support through the Straight Spouse Network. Few find the knowledgeable professional help they need.

It’s time to pay attention to this invisible group. A new book does just that. Unseen-Unheard: The Journey of Straight Spouses, of which I am a co-author, opens the window onto their emotional, sexual, cognitive, psychological, relational, and spiritual trauma. Through personal stories told by a diversity of men and women, the book traces post-disclosure coping from their first cries of pain and shock through soul survival struggles and turning points to transformation. My co-author, R. L. Pinely, notes, “They find strength they didn’t know they had.” Jack Drescher, M.D., author of Psychoanalytic Therapy and the Gay Man, hails the book’s “eye-opening and sometimes heart-wrenching accounts… stories of tragedy and triumph, offering some glimpses of hope and light to those facing similar struggles.”

Just as first-person stories have opened the minds and hearts of many Americans to accept LGBT people, our hope is that readers’ minds and hearts will be opened by the voices of these wives and moms, husbands and dads who unknowingly married gay, lesbian, bisexual, or transgender mates and then had to face the reality alone. Writing this book was a labor of passion. We wanted readers to see and hear straight spouses’ anger at being in their mates’ closet unknowingly, their disbelief that the marriage they knew was a mirage, their fear that they don’t have strength to cope, their anxiety that their children will suffer, and their grief from letting go of what they thought they had.

The good news is that most spouses gradually become triumphantly self-confident. Many gain understanding of why their mates married them, and a number, like me, become LGBT equality activists. The bad news is that the societal factors underlying these painful journeys persist, and, until we change them, painful stories like these will continue to be told. 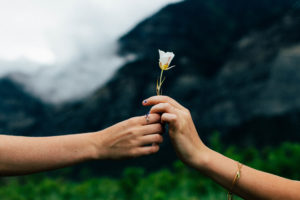 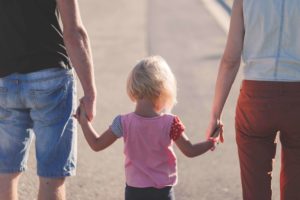 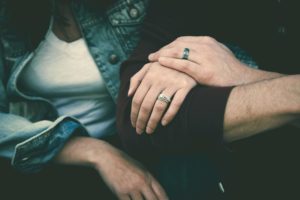