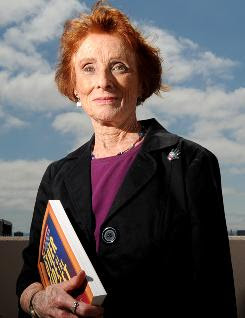 Recently, Dr. Amity Pierce Buxton has been recognized by Creative Media Group for demonstrating brilliance, excellence, and dedication as a mentor.

Amity Buxton attended Conneticut college for women and Marymount College where she graduated in 1951 with her Bachelor of Arts Degree in English and History. In 1952, she received her Master of Arts Degree in English from Columbia University. Finally, in 1962, Ms. Buxton received her Ph.D. in English and Education from Columbia University. She also obtained Administrative Credentials and Teaching Credentials from the State of California, Michigan and New York. Part of a Network of  educational leaders across the country and the U.K, She developed active learning, Interdisciplinary curriculum for schools and developed a teachers center for teachers in the San Francisco Bay area, while working within a project of the San Francisco state funded project. In Oakland California she trained teachers for de-segregating schools. Then 23 years ago she, Dr. Buxton founded The Straight Spouse Network. This international organization is dedicated to providing personal and confidential support and information to heterosexual spouses and partners, former and current, of gay, lesbian, bisexual or transgender mates and  mixed-orientation or trans/ non trans couples. The network helps spouses couples and they are better able to resolve coming out problems and related feelings. Dr. Buxton learned from personal experience after her husband revealed to her he was gay.

This, along with working with desegregated schools is why she is able to relate so well to other spouses and couples going through similar situations and truly enjoys helping them move toward understanding and transforming their own lives. In her current position, Dr. Buxton is responsible for mentoring the Executive Director, writing, researching, helping resolve issues, and engaging in speaking and workshop activities. Speaking engagements to help professionals, activists and society in general to better understand the effects of having a spouse come out. She excels at doing research and writing on the topic. Dr. Buxton has spent 22 years both with the profession and within her current position. She has been honored by the Family Equality Coalition and is the recipient of the Lifetime of Leadership Award and, Franklin T. Baker Award, The Evelyn Hooker award for distinguished contribution by an Allie, received August 2013 from the American Psychological Association’s division 44, the society for psychological study of lesbian, gay , bi sexual, transgender issues. All my life, I have worked to create ways and means for everyone’s voice to be heard and needs met starting with his or her earliest years.

The Other Side of The Closet by Dr. Buxton